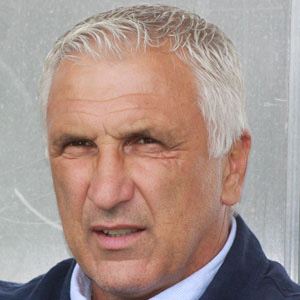 Striker who played for the Austrian national team from 1973 to 1985. He was named Austrian Player of the Year a record five times throughout his career.

He began his professional career playing for Vienna's SK Rapid Wien in 1970.

He became a manager after retirement, serving the role for a number of teams including the Austrian national team from 2002 to 2005.

He married Josephine Krankl in 1980.

He began his soccer career just as the legendary Pele was ending his career.

Hans Krankl Is A Member Of