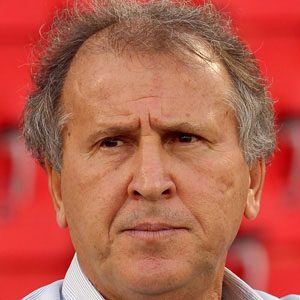 Brazilian soccer player and coach who scored 48 goals for the Brazilian national team from 1976 to 1988. He retired from play in 1994 and embarked on a coaching career in 1999.

He began his professional career with Brazilian team Flamengo in 1971.

He was known as the "White Pele" and considered one of the most skilled players in Brazilian soccer history.

He married Sandra Carvalho de Sa in 1975 and has three children, all boys.

He and Jairzinho were teammates on the Brazilian national team.

Zico Is A Member Of