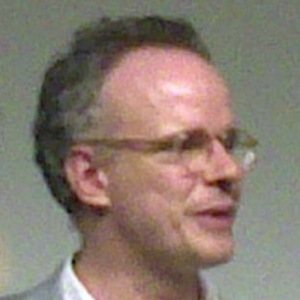 Art director and historian who is best known for being the director of Serpentine Galleries in London. He is also known for his ongoing efforts with The Interview Project which are a extensive ongoing interviews with a range of different cultural figures.

When he was 23, he began hosting galleries within his kitchen. He founded his first gallery in 1993 and in 1996 he co-curated Manifesta, a traveling contemporary art exhibition.

He was made an honorary fellow of the Royal Institute of British Architects or RIBA.

He was born and raised in Zurich, Switzerland.

He has interviewed several artists for his ongoing interview series including Yoko Ono and John Baldessari.

Hans Obrist Is A Member Of