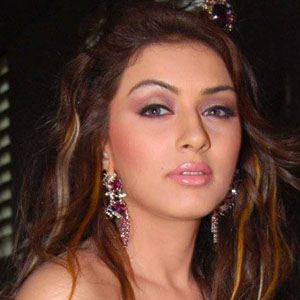 Tamil and Tengu film star who appeared in the 2007 Desamuduru as Vaishali. She also played roles in the 2013 film Singam II as Sathya.

She studied at the International Curriculum School in Mumbai before appearing on the TV series Shaka Laka Boom Boom.

She won for the Filmfare Award for Best Female Debut for her performance in Desamuduru, which she followed by appearing in the Hindi film Aap Ka Surroor.

Her father is Pradeep Motwani and her mother is Mona Motwani. Her brother is named Prashant Motwani.

Hansika Motwani Is A Member Of