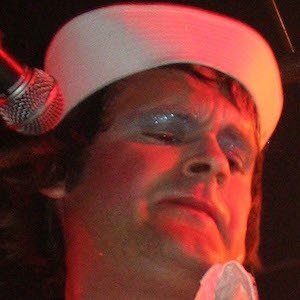 Bassist and songwriter most famous for his membership in the influential Norwegian punk rock band Turbonegro. He is known to fans of the band for his signature on-stage look consisting of heavy face makeup and a sailor's uniform.

He lived in Superior, Wisconsin until age six, when he and his family moved to Nesodden, Norway.

Apart from his music career, he has served as a talk show host for the Norwegian television channel NRK3.

His real name is Thomas Seltzer. He has a brother who is five years older than him.

He began performing with singer Hank Von Helvete in Turbonegro in 2002.

Happy-Tom Is A Member Of