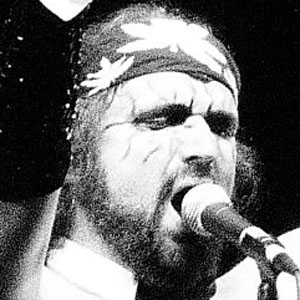 Norwegian singer who is known for being the lead singer of the Norwegian punk band Turbonegro.

He released his debut album Never is Forever with Turbonegro in 1994.

He also played the title role in the 2010 Swedish film Cornelis.

He married model Gro Skaustein and they have a daughter.

He has said that one of his favorite singers is David Bowie.

Hank Von Helvete Is A Member Of