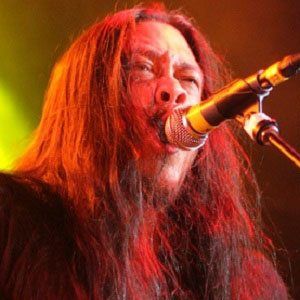 Bassist remembered for the five LP's he recorded as an original member of the alt-rock and metal band Deftones. Following a serious car accident, he spent four years in a semi-comatose state before passing away in 2013.

He graduated from Tokay High School and was a student at the University of California, Sacramento when he joined Deftones.

He released his own collection of poetry titled The Bamboo Parachute as a spoken word album in 2000.

He is survived by his wife Colleen and son Gabriel. He was previously married to a woman named Adrienne.

He spent two decades playing alongside guitarist Stephen Carpenter as a member of Deftones.

Chi Cheng Is A Member Of