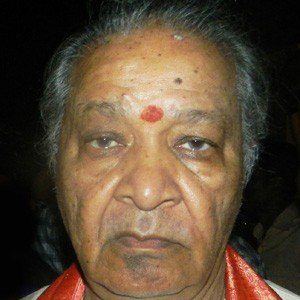 Award-winning Indian classical flautist who was the subject of the 2013 documentary film Bansuri Guru. He has honorary doctorate degrees from North Orissa University and Utkai University.

His mother died when he was six and he started learning vocal music from his neighbor, Pandit Rajaram, when he was fifteen years old.

He served as the artistic director of the World Music Department at the Rotterdam Music Conservatory in the Netherlands.

He has three sons: Vinay, Ajay, and Rajiv.

He has collaborated with John McLaughlin.

Hariprasad Chaurasia Is A Member Of