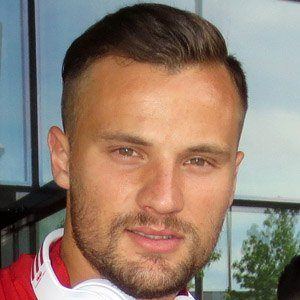 Striker who joined Real Sociedad in 2013 after spending the previous three years with Fiorentina, Neuchatel Xamax, Lecce and Novara. He debuted with the Swiss national team in 2013.

He began his professional career with Grasshopper in 2009 after coming up through the club's youth set-up.

He was born in Sursee, Switzerland.

He and right back Stephan Lichtsteiner became teammates on the Swiss national team.

Haris Seferovic Is A Member Of