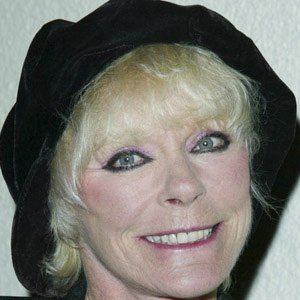 Her performance in The Prize, co-starring Paul Newman, won her a Golden Globe Award. Her long list of credits includes The Swiss Conspiracy and The Astral Factor.

She moved to England to work as a domestic assistant and perfect her English.

She is a statuesque German actress who became fluent in seven languages.

Elke Sommer Is A Member Of