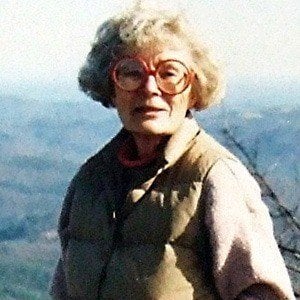 A twentieth-century American writer, she is known for such vice-celebrating works as Endangered Pleasures: In Defense of Naps, Bacon, Martinis, Profanity, and Other Indulgences; The Joy of Drinking; and When All the World Was Young. Her other creatively-titled works include Secrets of the Cat and Creepy Mouse Coming to Get You.

She won the National Scholastic poetry competition twice during her high school years in Chevy Chase, Maryland. She later worked in Philadelphia as a copywriter.

Her mother, Marion Holland, was a children's book author and illustrator.

She was married and divorced three times and had two sons and a daughter.

She believed in the importance of working to keep oneself financially afloat. In support of this idea, she criticized a 1929 essay by Virginia Woolf that suggested that women must have money from a benefactor or outside source in order to write.

Barbara Murray Holland Is A Member Of