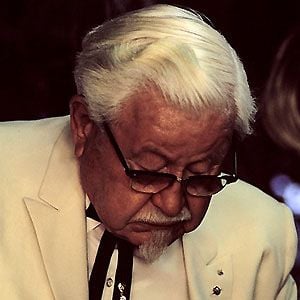 Born Harland David Sanders, he was an American businessman and entrepreneur, best known for building his Kentucky Fried Chicken cafe into a fast-food empire.

He worked as a farmer, salesman, steamboat pilot, and railroad fireman.

He fathered four children with his first wife Josephine King.

His Colonel Sanders persona has been portrayed in TV ads by comedians Darrell Hammond and Norm MacDonald.

Colonel Sanders Is A Member Of