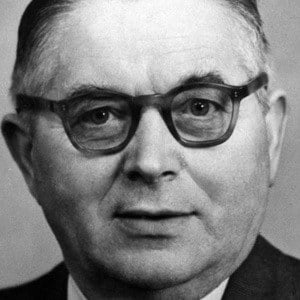 Founder of the LEGO Group company who came up with the name Lego.

He was a carpenter who started making wooden toys in 1932.

He invented the term Lego, which came from the Danish words leg godt, meaning play well.

He was the 10th son born to his parents. He was married to Kirstine Sörensen and he was the father of Johannes, Karl, Godtfred and Gerhardt Kirk Christiansen.

One of the most popular toys in the world, the toy itself was adapted into a film called The Lego Movie, which starred Chris Pratt.

Ole Kirk Christiansen Is A Member Of