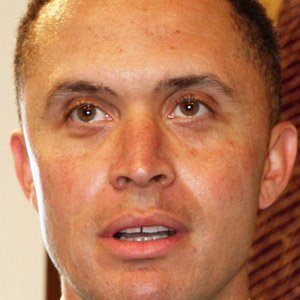 Politician and news analyst on MSNBC who is a former member of the U.S. House of Representatives from Tennessee.

In 1992, he graduated from the University of Pennsylvania with a degree in American history.

He was the last chairman of the Democratic Leadership Council, which no longer exists.

He married Emily Threlkeld in 2008.

He supported Al Gore when he ran for president in 2000.

Harold Ford Jr. Is A Member Of