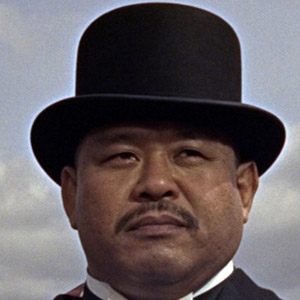 Weightlifter, wrestler, and actor who won a silver medal at the 1948 Olympics in the light-heavyweight class.

He started lifting weights as a scrawny teenager because he wanted to look good.

He is best remember for playing the villaid Oddjob in the James Bond movie Goldfinger.

He was born in Holualoa, Hawaii.

His biggest acting role came when he starred in Impulse alongside William Shatner.

Harold Sakata Is A Member Of