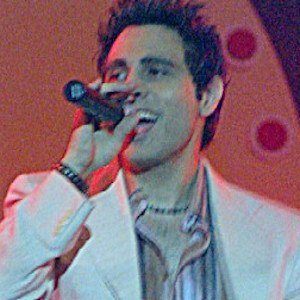 Pop singer and producer who rose to fame in the 90's as a member of the band Awaz. He later became an award-winning solo artist, releasing albums like 2007's Haroon Ka Nasha.

He formed the band Idiosyncracies as a teenager and graduated from George Washington University with a degree in Business Administration.

He and Awaz's video for the song "Janeman" became the first Pakistani video ever to air on MTV.

His birth name is Aaron Haroon Rashid. His father is Pakistani and his mother is a New Zealander.

He collaborated with singer Junaid Jamshed on the 2001 single "Tu Hai Kahan."

Haroon Is A Member Of