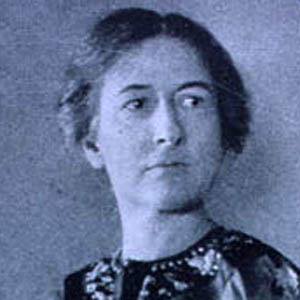 Founder, publisher, and editor of Poetry, an influential literary magazine. Also a poet, she published collections such as Valeria and Dance of the Seasons.

She grew up in Chicago and became interested in poetry at a young age. In her youth, she corresponded with Robert Louis Stevenson and other notable authors.

She died of a cerebral hemorrhage while preparing to climb Peru's Macchu Picchu.

Her autobiography, A Poet's Life: Seventy Years in a Changing World, recounts her childhood love for the literary works contained in her lawyer father's home library.

Her magazine Poetry launched the careers of many famous English and American writers, including T.S. Eliot and Ezra Pound.

Harriet Monroe Is A Member Of