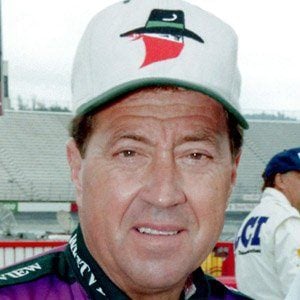 Former NASCAR driver famous for his #33 Skoal Bandit car, which he used to win numerous races during the 80's and 90's. At 52 years old, he became the oldest driver ever to win a Sprint Cup race.

He built his first race car with his friends and raced on a dirt track in Hickory.

He was famous for the variety of nicknames given to him by fans and media, including "Handsome Harry Gant," "The Bandit," "Mr. September," and "High Groove Harry."

He married a woman named Peggy.

He appeared in the 1983 Burt Reynolds vehicle "Stroker Ace."

Harry Gant Is A Member Of