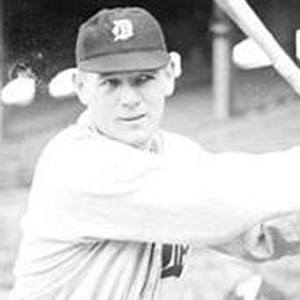 He went to the same high school as Hall of Fame shortstop Joe Cronin.

He is one of the very few players in history who ended a season with a .400 batting average.

He had one son, Harry Jr., and a daughter, Mary Ellen, with Mary Maynes, whom he married in October of 1920.

He once beat Babe Ruth and won an American League batting title.

Harry Heilmann Is A Member Of