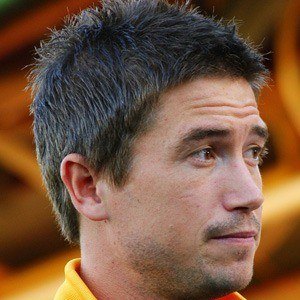 Winger who played for the Australian national team from 1996 to 2012. He spent the first seven years of his career with Leeds United, scoring 45 goals in 181 appearances from 1996 to 2003, then went on to star for Liverpool and Galatasaray.

He received a chance to try out for the English leagues at 14 and was able to take up their offer to play because his father was part-British.

He fired his celebrity agent in early 2013 after being left without a team. He also turned down an offer to play in China.

He married the British soap opera actress Sheree Murphy; they had four children together.

He played alongside Steven Gerrard on Liverpool from 2003 to 2008.

Harry Kewell Is A Member Of