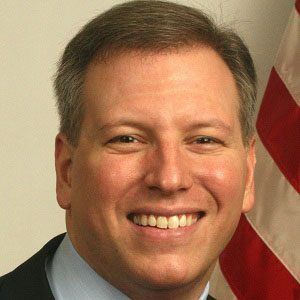 Both a financial manager and a public servant, Wilson retired from Silver Point Capital in his thirties and served in the United States Treasury Department and on President Obama's Auto Industry Task Force.

After earning both a bachelor's degree in government and a master's degree in business from Harvard University, Wilson worked for the Goldman Sachs and Blackstone Group investment banking firms.

He narrowly lost the 2010 election for State Comptroller of New York to Democratic candidate Thomas DiNapoli.

His marriage to Eva Romas resulted in four daughters.

He and United States Representative Ellen Tauscher both worked in investment banking before beginning their political careers.

Harry Wilson Is A Member Of