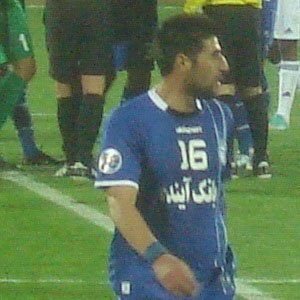 Left back who helped lead Esteghlal to Iran Pro League titles in 2009 and 2013. He debuted with the Iranian national team in 2006.

He began his professional career with Fajr Sepasi in 2004.

He scored his first international goal on June 24, 2007 in a WAFF match against Iraq.

He was born in Shiraz, Iran.

He and midfielder Karim Bagheri both represented Iran in international competition.

Hashem Beikzadeh Is A Member Of