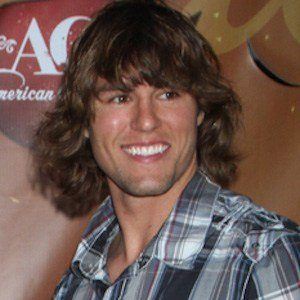 Best known as the champion of the Twelfth Season of the popular reality television series Big Brother, he also competed on Survivor: Blood vs. Water, where he was defeated by six competitors.

Born in Mesa, Arizona, he later settled in Springtown, Texas.

During his time on Big Brother 12, he was a member of an alliance called "The Brigade."

He and his girlfriend and fellow reality star, Kat Edorsson, both competed on Survivor: Blood vs. Water.

He and Dan Gheesling were both winners of Big Brother (Gheesling was the champion of the show's tenth season).

Hayden Moss Is A Member Of