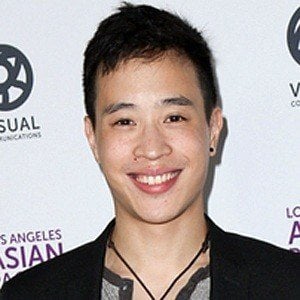 Gained fame after portraying Erwin in The Edge of Seventeen and later starred in the 2018 film Truth or Dare. In 2019, he began appearing in the FX series What We Do in the Shadows. His other television show credits include Chop Shop, Too School for Cool and Days of Our Lives.

He attended New York Film Academy. Prior to his success in film and television he appeared in several commercials.

He has had many starring roles in short films including 2016's Never Have I Ever.

His father and grandfather were both painters. He has a sister named Andrea who is a makeup artist.

He started appearing in FX's What We Do in the Shadows starring Jake McDorman.

The Edge of Seventeen
Truth or Dare
Yes Day
More