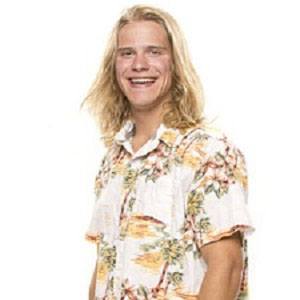 Houseguest on the long-running reality competition show Big Brother 16 who was a part of the alliance known as The Bomb Squad on the show.

He was working as a pedicab driver before entering the Big Brother house.

He was the only male on Big Brother to not be evicted unanimously.

His hometown is Marlborough, MA. He moved out to Los Angeles, CA without knowing a single other person. In mid 2014, he and Nicole Franzel began dating.

He grew close to Nicole Franzel in the Big Brother house.

Hayden Voss Is A Member Of