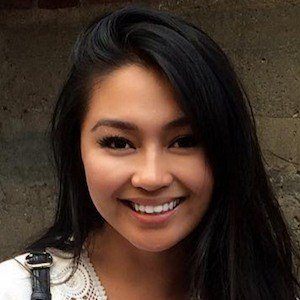 Import model who has been represented by Prestigious Models. She has been featured in numerous publications such as Complex magazine as a rides girl feature, Stance magazine, SuperStreet magazine, and Front magazine.

She studied communications at Orange Coast College. She was a social media marketing strategist at The Grid News Network.

She was named Miss Hot Import Nights Fontana 2012 as well as Revved magazine's first ever Babe of the Month in March 2015.

She is of Filipino and Chinese descent.

She and Jenny Chu are both import models who have worked with Hot Import Nights.

Hayle Cayaga Is A Member Of