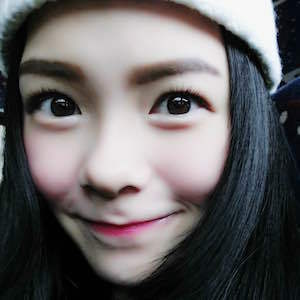 Actress and singer who rose to fame in films like That Girl In Pinafore and shows like Dive Into Love and Crescendo. She is also a well-known blogger and has gained significant fame on social media posting about food, fashion, and lifestyle.

She began blogging in 2006 but didn't gain much success in it until 2009. Thereafter she began modeling and later became the face of Skin79 White Reviving Product.

Throughout primary school she would sing and dance in musicals like Joseph and the Technicolor Dream Coat.

She is a talented singer and she and her twin Jayley made a name for themselves performing in videos on YouTube.

She has acted alongside fellow Singaporean actress Carrie Wong and posted photos with her on Instagram.

Hayley Woo Is A Member Of