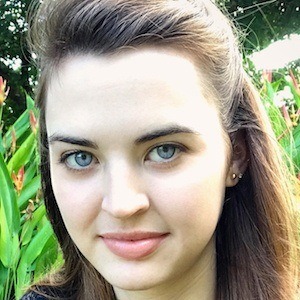 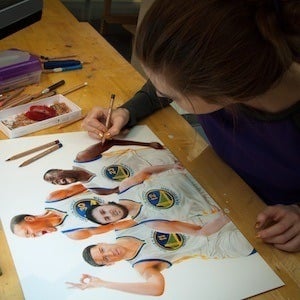 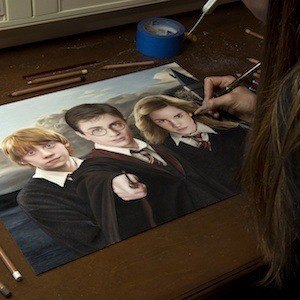 Illustrator specializing in photorealistic colored pencil and graphite drawings who gained a following on YouTube, Instagram, and Tumblr for posting time-lapses of her drawings.

She was in high school art class when she became fascinated with the challenge of photorealistic drawing. She earned a Bachelor of Arts degree in studio art at Emmanuel College.

Her drawing videos on YouTube have been viewed more than 165 million times. Her "Drawing Harry Potter" video was the first to reach 10 million views alone.

She became the owner of a Golden Retriever named Sierra. She created a drawing of her great-grandfather Art Rooney and one of his friends.

Celebrities she has drawn portraits of include Robin Williams, Cristiano Ronaldo, Taylor Swift and many, many more.

Heather Rooney Is A Member Of