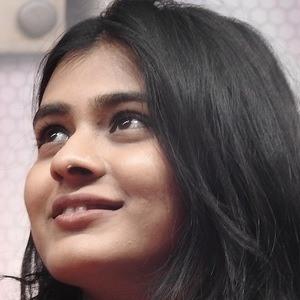 Indian actress and model who's known for her work in Telugu, Tamil, and Kannada films. She played Shruthi in the film Ala Ela in 2014 and has appeared in Angel, Andhhagadu, and Naanna Nenu Naa Boyfriends.

She made her acting debut as Aishwarya in the 2014 film Adyaksha.

She was nominated for the 2016 Filmfare Award for Best Actress.

She has two sisters, Hadil and Hannah.

She starred as Meera alongside Varun Tej in the 2017 film Mister.

Hebah Patel Is A Member Of