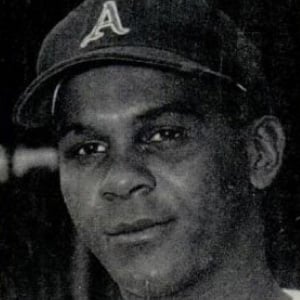 Panamanian MLB player best known for playing as the third outfielder beside Mickey Mantle and Roger Maris on the New York Yankees in the 1960s.

He became the second Panamanian player in Major League history.

Statistician Bill James considered him one of the worst defensive players in Major League history.

He was born and raised in the American-occupied Panama Canal Zone.

He shared an outfield with Mickey Mantle and Roger Maris for several seasons with the Yankees, winning World Series Championships in 1961 and 1962.

Héctor López Is A Member Of