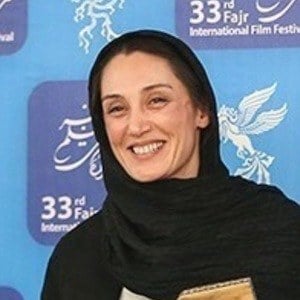 Renowned actress from Iran famous for her award-winning performance in films like Ghermez and Fireworks Wednesday. She has gained a reputation for her ability to play heartless and emotionally-detached characters.

She was born in Tehran and made her film acting debut as Maryam Koohsari in 1996's Soltan.

She is a multiple-time Crystal Simorgh Award-winner for Best Leading Actress, winning the award in 1998 and 2005.

She married Hooman Behmanesh in 2007 but divorced him the same year.

She famously turned down a role in Leila by acclaimed Iranian director Dariush Mehrjui.

Hedieh Tehrani Is A Member Of