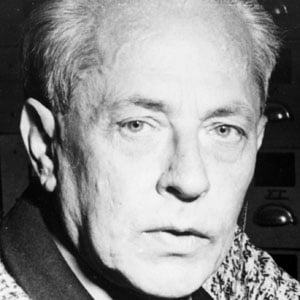 Known for his many images of and close association with the infamous Nazi leader Adolf Hitler, this German photographer and Nazi Party member also published a 1933 biography titled The Hitler Nobody Knows.

After joining the Nazi Party in the early 1920s, he was chosen by Hitler himself as the Führer's official, personal photographer.

Many of his photographs entered the American public domain after being taken by United States troops during the Allied powers' occupation of Germany.

His first marriage, to Therese Baumann, resulted in a daughter named Henriette and a son named Heinrich.

Heinrich Hoffmann Is A Member Of