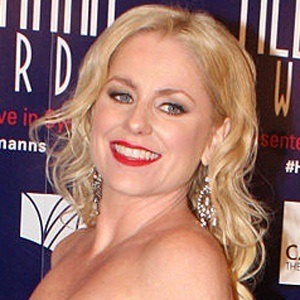 Australian stage and television actress who is best known for her portrayal of Glinda in the original West End production of Wicked. She is also recognized for starring in the Australian revival of Blood Brothers.

She studied drama at the National Institute of Dramatic Art in Sydney.

In 2016, she was cast as a lead on the comedy series Here Come the Habibs!

She was married to actor Abe Forsythe, but the couple divorced in 2013.

Both she and Idina Menzel starred in the original West End run of Wicked.

Helen Dallimore Is A Member Of