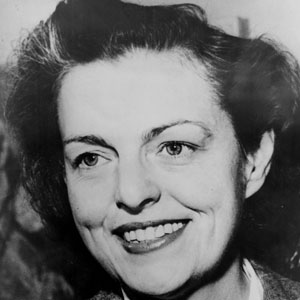 Actress and politician who was the representative for California's 14th district from 1945 to 1951. She was the first Democratic woman elected to Congress from California.

She was a popular Broadway star in the 1920s.

Her love affair with Lyndon B. Johnson, then still a Congressman, was an open secret.

She married the actor Melvyn Douglas.

She was reportedly the inspiration for the Evil Queen in Walt Disney's "Snow White and the Seven Dwarfs."

Helen Gahagan Douglas Is A Member Of