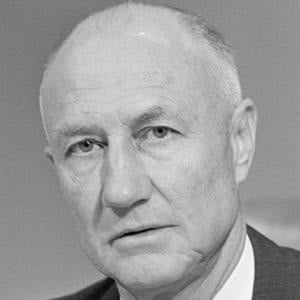 Senator from South Carolina who served the state for forty-eight of his 100 years. At the time of his retirement he was the oldest-serving and longest-serving senator in U.S. history.

He worked as a teacher, farmer, coach and attorney.

He filibustered for over twenty-four hours in opposition of the Civil Rights act of 1957.

His daughter, , was born due to his affair with his black housekeeper, Cassie Butler, when she was on 16.

He became a candidate for president in 1948 when President Harry S. Truman desegregated the U.S. Army.

Strom Thurmond Is A Member Of