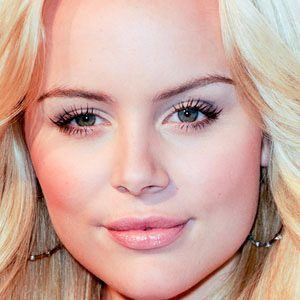 Swedish actress who was cast in several notable films such as Species: The Awakening as Miranda, Surrogates as JJ, and Iron Man 2 as Rebecca.

She appeared in a cabaret performance of West Side Story in Stockholm and upon moving to Hollywood, she landed a role in the television series Sweden, Ohio.

She has appeared on television in recurring roles for Desperate Housewives and Nikita.

She was born in Stockholm, Sweden and moved at a young age to London, England. She has two sisters named Sofia and Cecilia.

She had a minor role in the 2012 film Seven Psychopaths, starring Sam Rockwell.

Helena Mattsson Is A Member Of