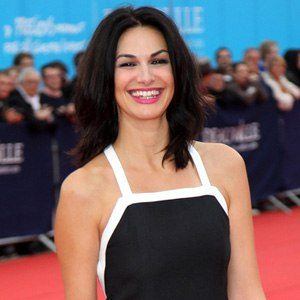 Belgian actress and singer who sang on the 2010 video game Bayonetta with a cover of the song Fly Me to the Moon.

She released her first single, Lunettes Noires, in 1988.

She toured with the French band Nouvelle Vague in 2010.

She was raised with family in Brussels, Belgium.

Helena Noguerra Is A Member Of