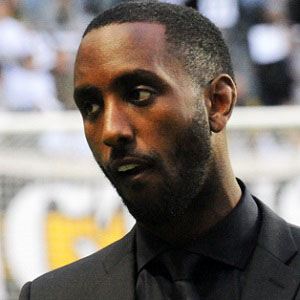 Swedish centre forward who has made a name for himself as a member of clubs like Valladolid, Almeria and AIK. He led Valladolid in scoring during the 2008-09 season and represented Sweden at the Under-21 level from 2005 to 2006.

He grew up in the Husby borough in Stockholm, Sweden and rose through the youth ranks with Essinge IK, Inter Orhoy and Vasalunds IF. He made his senior debut with Udinese Calcio in 2003.

In 2011, he led Almeria to its first Copa Del Rey semifinal appearance in club history.

His parents are of Eritrean descent.

He took Alvaro Negredo's spot on Almeria in 2009.

Henok Goitom Is A Member Of