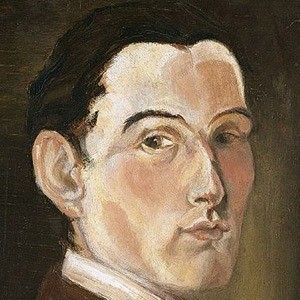 French sculptor known for developing a rough hewn, primitive style of direct carving. He had a heavy influence on 20th-century modernist sculpture.

He moved to London to become an artist in 1910, even though he had no formal training.

His drawing style was influenced by Chinese calligraphy.

He had an intense relationship with Sophie Brzeska, though they never married.

He became influenced by the Vorticism movement of Ezra Pound.

Henri Gaudier-Brzeska Is A Member Of