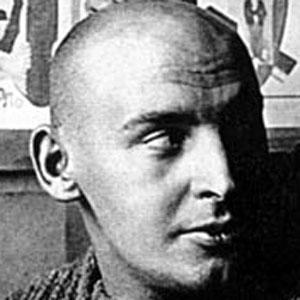 Russian graphic designer and sculptor who established constructivism. He created "Dance. An Objectless Composition," in 1915.

While a child, he studied illustrations in art magazines, which inspired him to pursue art.

He painted a portrait of Lilya Brik, which was featured as cover art for the band Franz Ferdinand.

He married Varvara Stepanova, who he met at the Kazan School of Art.

Alexander Rodchenko Is A Member Of