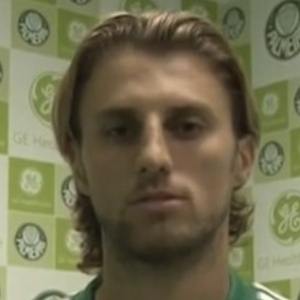 Center back born Henrique Adriano Buss, who joined Napoli in 2014 after spending three years with Palmeiras. He became a member of the Brazilian national team in 2008.

He debuted professionally for the Brazilian team Coritiba in 2006.

He joined F.C. Barcelona in 2008 but never appeared in a game for the club, being sent on loan three times during his tenure with the team.

He was born in Marechal Candido Rondon, Brazil.

He and fellow defender Dani Alves became teammates on the Brazilian national team.

Henrique Is A Member Of