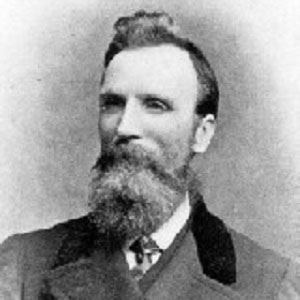 Remembered for his role in advancing technical education in Japan, this Scottish-born engineer established the Akabane Engineering Works training company in Tokyo. Also a writer, he penned The Evolution of Industry; Japan in World Politics; and several other works.

After studying engineering at Glasgow University, he began teaching at Tokyo's Imperial College of Engineering.

He was the 1882 recipient of Japan's prestigious Order of the Rising Sun.

A native of North Lanarkshire, Scotland, he lived in Japan for a time before ultimately settling in Glasgow, Scotland.

Both Dyer and British television host Nicholas Parsons were engineering students at the University of Glasgow.

Henry Dyer Is A Member Of