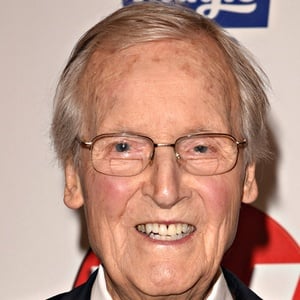 British television and radio show host who was best known for being the host of the comedy radio game show Just A Minute.

He had a stutter as a child and suffered from dyslexia but went on to study engineering at the University of Glasgow.

He was awarded an honorary LLD by the University of St. Andrews in 1991.

He was born the middle child with an older brother and a younger sister and he married his second wife, Ann Reynolds in 1995 after having two children with his first wife.

His father was a general practitioner and once had Margaret Thatcher's parents as patients.

Nicholas Parsons Is A Member Of