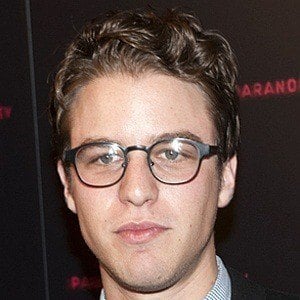 Filmmaker who became widely known for his work on the MTV show Catfish and the feature films Paranormal Activity 3 and 4. He is also the director behind the 2016 films Nerve and Viral.

He earned his breakout credit in 2010 as one of the directors and producers of the documentary Catfish.

He is an incredibly successful American film director.

He worked alongside Ariel Schulman on the Catfish documentary and the third and fourth Paranormal Activity films.

Henry Joost Is A Member Of