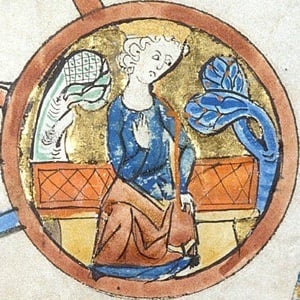 King of England from 1154 until his death whose legal changes laid the basis for the English Common Law. He was notably father of Richard I who was the first monarch of the House of Tudor.

He inherited the throne from his mother, the daughter of King Henry I.

He expanded the English monarchy to Wales, Ireland, and half of France during his reign. Before becoming King, he served as Duke of Normandy, as well as Count of Anjou, Maine, and Touraine. The territories he ruled are often regarded as the Angevin Empire.

He had eight children, five sons and three daughters, with his wife Eleanor of Aquitaine.

He is the father of King Richard

Henry II Of England Is A Member Of