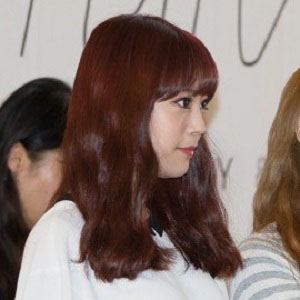 South Korean pop singer who was made a member of K-pop girl group Kara after winning the reality series Kara Project in 2014. She has since appeared on many reality and variety shows, including Hello Counselor and Roommates.

She trained with ex-Tiara member Areum at Core Contents Media.

She appeared as a cyborg in the music video for the VIXX song "Error" in 2014.

She has an older sister, who appeared on an episode of the reality show "Roommate."

She joined Kara following the departure of singer Nicole Jung from the group.

Heo Young-ji Is A Member Of