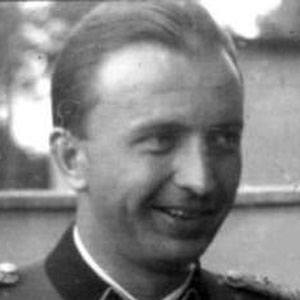 German general of the Waffen-SS during the time of Nazi Germany who ordered the death of more than seventeen thousand civilians.

He worked at his father's equestrian school and studied for two terms at Munich University.

He was shot on charges of desertion just two days before Hitler's suicide.

He married Gretl Braun, the sister of Eva Braun.

He was one of the most notorious right-hand men to Adolf Hitler.

Hermann Fegelein Is A Member Of