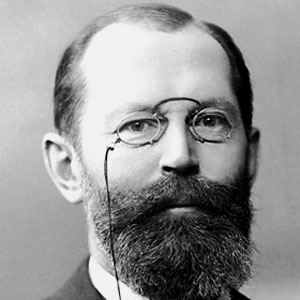 A German chemist who was a pioneer in synthesizing sugar and purine. He developed the Fischer project and the Fischer esterification and won the 1902 Nobel Prize in Chemistry for his work.

He helped discover barbiturates, a sedative drug, and was one of the first people to synthesize caffeine.

He had three sons with his wife Agnes Gerlach, who he married in 1888.

He won the Nobel Prize for Chemistry in 1902, nine years before Madame Curie did.

Hermann Emil Fischer Is A Member Of