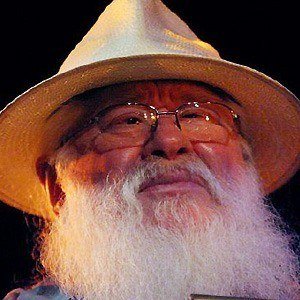 One of the most influential figures in Brazilian music history. He was a master of orchestration and improvisation.

He began recording with Brazilian musical acts in 1964. These recordings would later be highly prized as classics.

He became known for making music with objects such as children's toys, animals, teapots, button accordions, and many other unconventional instruments.

He was born in a remote area of Brazil that did not have electricity. His father taught him the accordion.

His work on Miles Davis' "Live-Evil" album from 1971 brought him international acclaim. He was called "the most impressive musician in the world" by Davis.

Hermeto Pascoal Is A Member Of