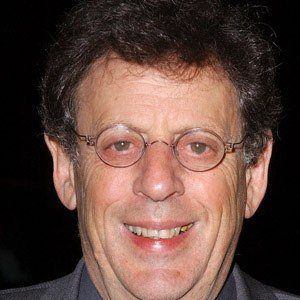 Influential musician known for his minimal music and for his film scores, Portrait Trilogy, symphonies, concertos, and chamber music.

He worked as a composer-in-residence for the public school system in Pittsburgh, Pennsylvania, after finishing his studies at the Juilliard School of Music.

He won a Golden Globe Award for Best Original Score for "The Truman Show" from 1999.

He was married and divorced twice and he has four children: Cameron, Marlowe, Juliet and Zachary. His first cousin once removed, , became the popular host of "This American Life" on NPR.

He was close friends with poet Allen Ginsberg and even composed a piece to accompany "Wichita Vortex Sutra," Ginsberg's famous anti-war poem.

Philip Glass Is A Member Of